MANILA (August 10, 2018) – The Japan Foundation, Manila proudly presents a silent film screening of Yasujiro Ozu’s silent film comedy: A Straightforward Boy (突貫小僧 | Tokkan Kozo, 1929) with a Filipino benshi, or silent film narrator for the first time in history on Saturday, September 1 from 6pm during this year’s International Silent Film Festival in Manila which will be held at SM Megamall Cinema 2 from Thursday, August 30 to Sunday, September 2. Admission is free on a first-come, first-served basis.

Throughout the world, silent films were shown with musical accompaniment. However, the silent films screened in Japan from the turn of the century to the mid-1930s were not only accompanied by live music but also a performer, known as a katsudo benshi (活動弁士) or benshi (弁士) for short, delivering live performance acting as a narrator, actor and storyteller. Standing next to the screen, benshi provides everything an audience may need to fully appreciate and enjoy a silent film. Some of the benshi were stars and had their own followers, making them more popular than the movie itself at the time.

Having invited one of the best-known Japanese active professional benshi, Ichiro Kataoka from Japan last year, the Japan Foundation, Manila invited this time Tito Genova Valiente (photo), film critic and film educator to be the first-ever Filipino benshi. Working on one of the Japanese classical silent film masterpieces, Valiente will introduce this unique Japanese art of benshi. 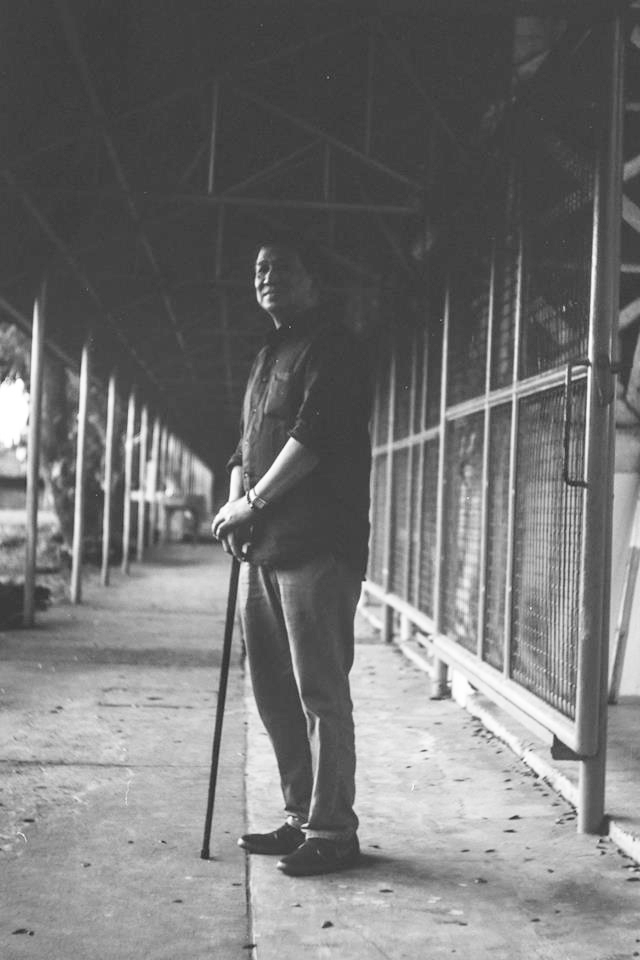 “When I developed the course on Japanese cinema, I encountered already the term, benshi but, even when it was described, I could not really imagine this character. I had a slight idea about this ‘extracinematic’ presence when I realized the man talking in front of the screen in Hideo Gosha’s ‘Wolves’ was in fact a benshi!,” Valiente said. It was, however, his meeting with Kataoka, upon the invitation of the Japan Foundation Manila, that he finally realized the distinct image of a benshi, and how he was much a singular persona outside the moving images on screen.

Valiente used to be very active in theater – acting in school and community theatre presentations, directing, and translating. “Being a benshi is a kind of performance,” Valiente shared. “I have very nostalgic memories of my own performances. Perhaps, I can draw from that nostalgia the energy to be a benshi myself.” Valiente confesses this role is both nerve-wracking and fun. I have nothing to lose because I am not a master-benshi. I am just trying to share my own idea of what a benshi is,” Valiente declared.

Accompanying Valiente’s live interpretations of silent film is Tanikala Tribe (photo) who will be performing their own original music score. In the rehearsals, they have experimented with melodies taken from Bikol folksongs and look forward to giving Bikol flavor to the Japanese classical film.

Valiente requested that the rehearsal and performance be organized by the Ateneo de Naga University Center for Culture and Arts through its director, Dr. Noel Volante, himself a theater director and actor. Volante and Valiente worked in many theatre presentations in the past.

Yasujiro Ozu’s comedy film A Straightforward Boy, which Valiente narrates, is about a man kidnapping a boy with an appetite for sweets. Unable to keep the boy under control, the kidnapper brings the boy to his boss. The boy causes chaos and trouble that even the boss refuses to keep him. The kidnapper brings the boy back to where he found the boy, but that would not be the end of this strange kidnapping tale.

The original theatrical release of A Straightforward Boy ran for 38 minutes, but this copy was presumably lost. A 9.5 mm version which was sold as a format for home viewing was discovered in 1988 but this was incomplete due to degradation of the film reel. The version found in 1988 was a 14 minute-long movie, and was shown at the 2015’s edition of the International Silent Film Festival in Manila. Screening this year is a complete and fully intact 9.5 mm Pathé baby version that was fortunately discovered just three years ago. This discovery is a 19-minute long film. One of the important elements of the complete 9.5 mm version is the discovery of the opening sequence, including the top titles. The importance of the introductory sections to film works cannot be emphasized enough. There is incalculable value to the world of film in finding the most important scenes that were crafted to draw the audience in. It is unfortunate that there is virtually no chance of ever discovering the original release version (35 mm) of A Straightforward Boy, given that approximately 90 percent of all silent Japanese films have been lost. Ultimately, it is beyond dispute that this version of A Straightforward Boy is the best and most complete version that is in existence.

Valiente narrates the film in English, based on the translation of the Japanese script provided by Ichiro Kataoka. Valiente will also briefly explain about the history of benshi and share the experience of being the first benshi which will be followed by a Q&A session.

Renowned as the first and the oldest silent film festival in Southeast Asia, the International Silent Film Festival Manila (ISFFM) was founded in 2007 as a unique collaborative initiative led by Goethe Institut Philippinen together with the Japan Foundation, Manila and Instituto Cervantes, celebrating arts and cultural heritage through international silent films with live music scored by Filipino artists. This year on its 12th edition, eight silent films from Austria, France, Germany, Italy, Japan, Philippines, Spain, and the United States will be curated and accompanied by various Filipino musicians during the 4 day festival at SM Megamall Cinema 2, proudly co-organized and presented by eight cultural institutions and embassies.