The Japan Foundation, Manila, in partnership with the Philippine Center of International PEN and Fully Booked, are pleased to announce a series of talks on contemporary Japanese literature with award-winning Japanese literary translator, Ginny Tapley Takemori, to be held at the 85th PEN International Congress in Manila at the National Museum of Fine Arts on October 3, Thursday, 11 am and at The Studio, Fully Booked Bonifacio High Street on October 5, Saturday, 2 pm.

Admission is Free for both events.

Ginny Takemori will be part of a panel of international writers and translators with the theme Words Crossing Worlds: Translation/Transliteration during the 85th PEN International Congress in Manila on October 3, Thursday, 11:00 -12:30 nn at the Auditorium of the National Museum of Fine Arts, Padre Burgos Ave., Manila. 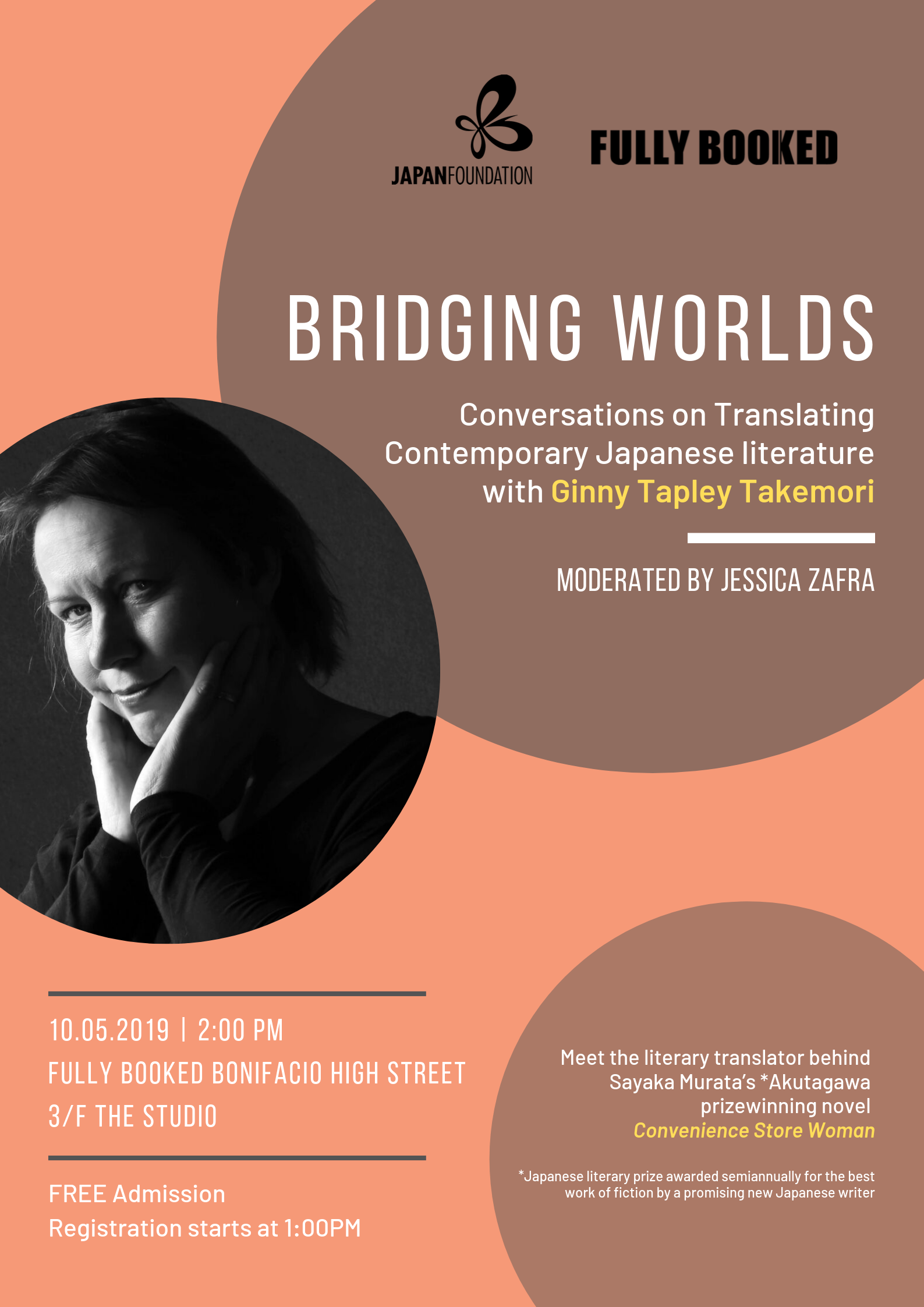 Ginny Takemori and Jessica Zafra will be discussing the bestseller Convenience Store Woman by Sayaka Murata, the process of translation, the current trend of women writers in Japan, as well as other contemporary Japanese works.

Ginny Takemori has translated over more than a dozen early modern and contemporary Japanese writers, ranging from such early literary giants as Kyoka Izumi and Kido Okamoto to contemporary bestsellers Ryu Murakami and Miyuki Miyabe, and her translations have also appeared in Granta, Freeman’s, Words Without Borders, and a number of anthologies. Her translation of Tomiko Inui’s The Secret of the Blue Glass was shortlisted for the Marsh Award, and her translation of Sayaka Murata’s Akutagawa prize-winning novel Convenience Store Woman was one of the New Yorker’s best books of 2018, Foyle’s Book of the Year 2018, shortlisted for the Indies Choice Award and longlisted for the Best Translated Book Award. Her translation of Kyoko Nakajima’s Naoki prize winning The Little House was published in February 2019.