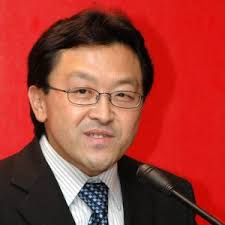 I am a “balikbayan” – although I am newly appointed, I have been the Director of The Japan Foundation, Manila once from 2005 – 2010.

When I worked here in the Philippines in my previous term, I visited many regions around the country, from Batanes in the extremely far north to Basilan in the south and tried to develop cultural exchanges outside Metro Manila. In particular, I focused on interacting with Mindanao artists, researchers, NGOs, and students. Also, I tried not only to introduce Japanese culture, but to introduce the Philippine culture to Japan and the collaborative endeavor between us.

In order of further encourage Japanese language education, I launched with my colleagues the Nihongo Fiesta with the aim of forming a community of people learning Japanese – “nihongo-jin”. In this field, it has changed tremendously since 10 years ago. In addition to those in higher education and secondary education that JF has continuously focused on, it is being developed and promoted in various fields under such new schemes as “Economic Partnership Agreement” and “Specified Skilled Worker”. The number of Japanese Language Proficiency Test (JLPT) examinees has increased – ten times bigger, and Japanese language education is becoming more important and significant.

This time I started working in the Philippines in COVID-19 pandemic environment. What I learned after arrival here is that various online projects have been developed and the Philippines might be more advanced in digital transformation (DX) than Japan. The world of person-to-person communication in this virtual environment – we might be able to call it as the “semi-digital virtual sphere,” shows us new possibilities. This is like the relationship between virtual and real, neither repetitive nor mirrored – real and virtual connected with each other.

In an era wherein the new corona virus is widespread – worldwide, thus, a certain amount of reservation is imposed on globalization, which has never been imagined. There, the cross-border movement of people and things is severely restricted; and, in order to protect the safety of life – people are forced to shut themselves up in their nation and turn inward. In such an unexpected situation, it can be said that sharing of values ​​is tested as a link between us across national borders.

In the first place, I think that we are the ones who seek connection, and it can be said that human beings have made progress by connecting with each other. I think that is the essential meaning of international cultural exchange.

I would like to say that whatever kind of world awaits us in the future, I want to try to walk along with those who have aspiration and hope, and to contribute something for the creation of art and culture ceaselessly.