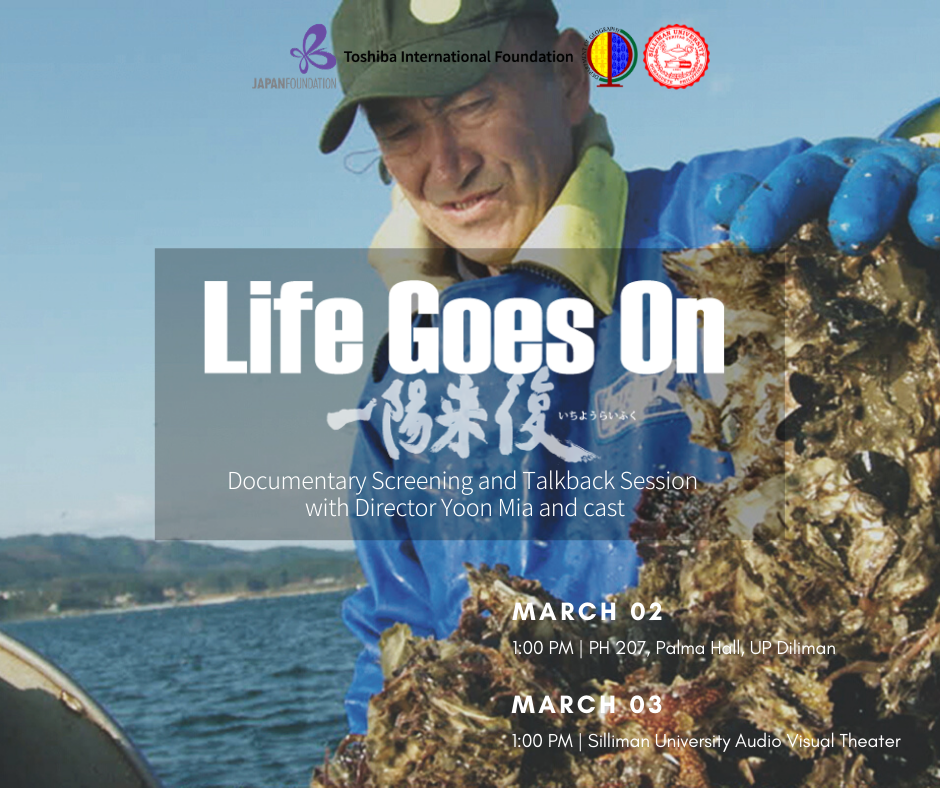 The Japan Foundation, Manila and Toshiba International Foundation, in partnership with UP Department of Geography and Silliman University College of Mass Communication, present “Life Goes On” a Documentary Screening and Talkback Session with Director Yoon Mia and cast on March 2 at Palma Hall, UP Diliman and March 3 at Silliman University.

Life Goes On shows true stories of ordinary people struggling to rebuild their lives, six years after the Great East Japan earthquake and tsunami of 2011. This documentary reveals the everyday realities of the Tohoku region and of Japan today, through the hidden stories of the people living in the affected area.

Directory Yoon Mia is a third-generation Korean immigrant, born and raised in Nagano Prefecture. Her work includes TV productions on Japanese public broadcaster NHK, TV documentaries, and theatrical live-action features. Involved in production from development to advertisement and sales, “Life Goes On” is her directorial debut. As a producer, her filmography includes: “Beyond the Tsunami: Onagawa, Hearts Connected”; “Lee Ye: The First Joseon Missions to Japan”; and “Cinema Angel”.

More about the film: http://lifegoeson-movie.com/en