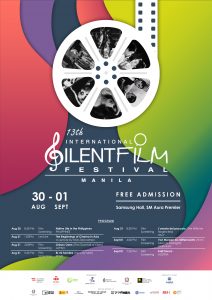 You’re in for a treat! 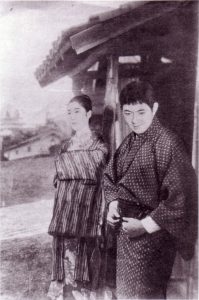 Osen works as a servant girl for an unscrupulous antique dealer, Kumazawa, who forces Osen to help his illegal business by using her beauty. When Kumazawa is arrested, Osen agrees to finance penniless young Shokichi and help his dream of being a doctor. But the only way she can make money is to prostitute herself, and she is eventually caught by the police. Years later, when Shokichi becomes a doctor, he found that Osen is suffering from an incurable illness.

“The Downfall of Osen” is based on the novel “Baishoku Kamo Nanban” by Kyoko Izumi. This emotional Meiji era film is directed by Kenji Mizoguchi and was restored as part of the 2018 Kyoto Prefecture digital remastering development program.

Listeners can expect a wonderful mix of the ancient and the contemporary, of soothing vibes and danceable grooves from two-year-old band from Mindanao, Kaduma ni Karol/Kaduma hi Karol. 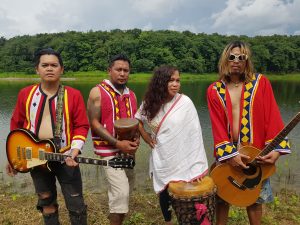 They play “contemporary precolonial music” – fusing indigenous traditional musical influences and languages from north to south of the Philippines with contemporary sounds. As such, their original compositions invoke heart-felt melodic memories of the “kachaanan” (ancestry in Cordilleran banao language).

ADMISSION IS FREE.  Reserve tickets through this link: https://tinyurl.com/y6t28gyr