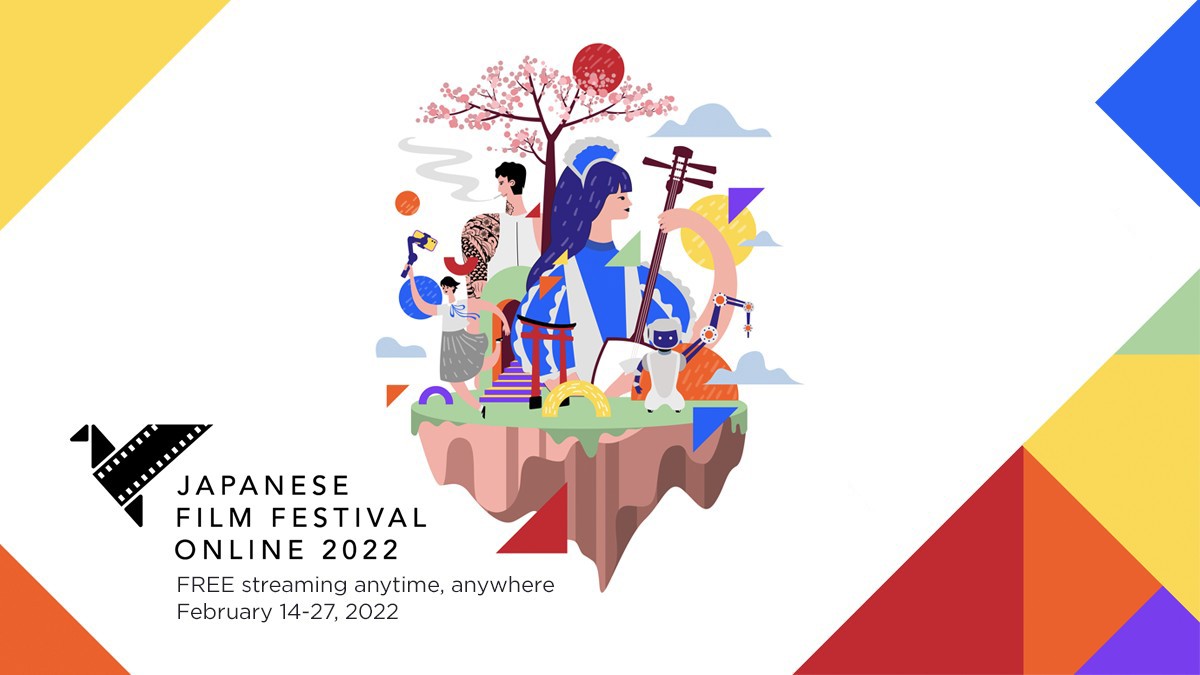 Coming from the successes of the Japanese Film Festival Online in 2020, the Japan Foundation, Manila (JFM) is bringing back our beloved film festival right at the comfort of our homes through another virtual edition this year, happening from February 14 to 27, 2022.

Twenty outstanding films with various themes were selected for this year’s festival. Click here to watch and know more about the films: https://jff.jpf.go.jp/watch/jffonline2022/philippines/

In addition to online film screenings, the Japan Foundation, Manila prepared “Let’s Talk about Japanese Films!” a 2-part free online talk event and will be available to interested participants even outside the Philippines.

The first session, entitled Your Guide to Japanese Films, will be moderated by Mr. Tito Valiente, and will be joined by panelists Prof. Daisuke Miyao from the University of California, San Diego; Prof. Nick Deocampo from the University of the Philippines – Diliman; and Ms. Sigrid Andrea Bernardo, an award-winning filmmaker, and director of the film “Kita Kita.” The event will be on February 14, 2022, at 2 PM Philippine standard time. Click here to REGISTER for webinar 1.

The second event entitled Inside the World of JFF 2022 Films will feature five young film critics namely Mr. Skilty Labastilla from the Society of Filipino Film Reviewers; Ms. Princess Kinoc from Film Police Reviews; Mr. Janus Nolasco from the Young Critics Circle – Film Desk, and Ms. Stepanie Mayo from the Daily Tribune. This session on February 22, 2022, at 5 PM will be moderated by Mr. Richard Bolisay from the National Committee on Cinema. Click here to REGISTER for webinar 2.

Join in the discussion with prominent and young up-and-coming film professionals as they casually talk about the influences of Japanese cinema in the Philippines and the world and tips to watch Japanese films. Additionally, there will be online campaigns throughout the festival where viewers will get the chance to win exclusive JFF freebies!

To watch and view the full list of featured films, please visit https://jff.jpf.go.jp/watch/jffonline2022/philippines/. Viewers can watch the films through their smart TV, computer, mobile phone, or similar gadgets with access to the Internet. Follow the official JFM (https://www.facebook.com/jfmanila) and JFF Philippines (https://www.facebook.com/japanesefilmfestPH) Facebook pages and social media accounts for more information.