The Japan Foundation, Manila (JFM), in partnership with the Ramon Magsaysay Awards Foundation (RMAF), brings you one of the most acclaimed Japanese film classics by master filmmaker Akira KUROSAWA at Bravo, ASIA!

Bravo, ASIA! is a Two-day Digital Arts Festival from November 28-29, 2021, 7 – 9 PM PHT, via the Bravo, ASIA! Microsite. It will also offer a two-day film screening of “RASHOMON” exclusively streamed online via Vimeo. The two-day online shows will be livestreamed via the microsite and social media.

The Ramon Magsaysay Award Foundation is celebrating the region’s precious heritage of creativity with a virtual festival that brings together illustrious Magsaysay Laureates who have distinguished themselves in the arts – Bravo, Asia! 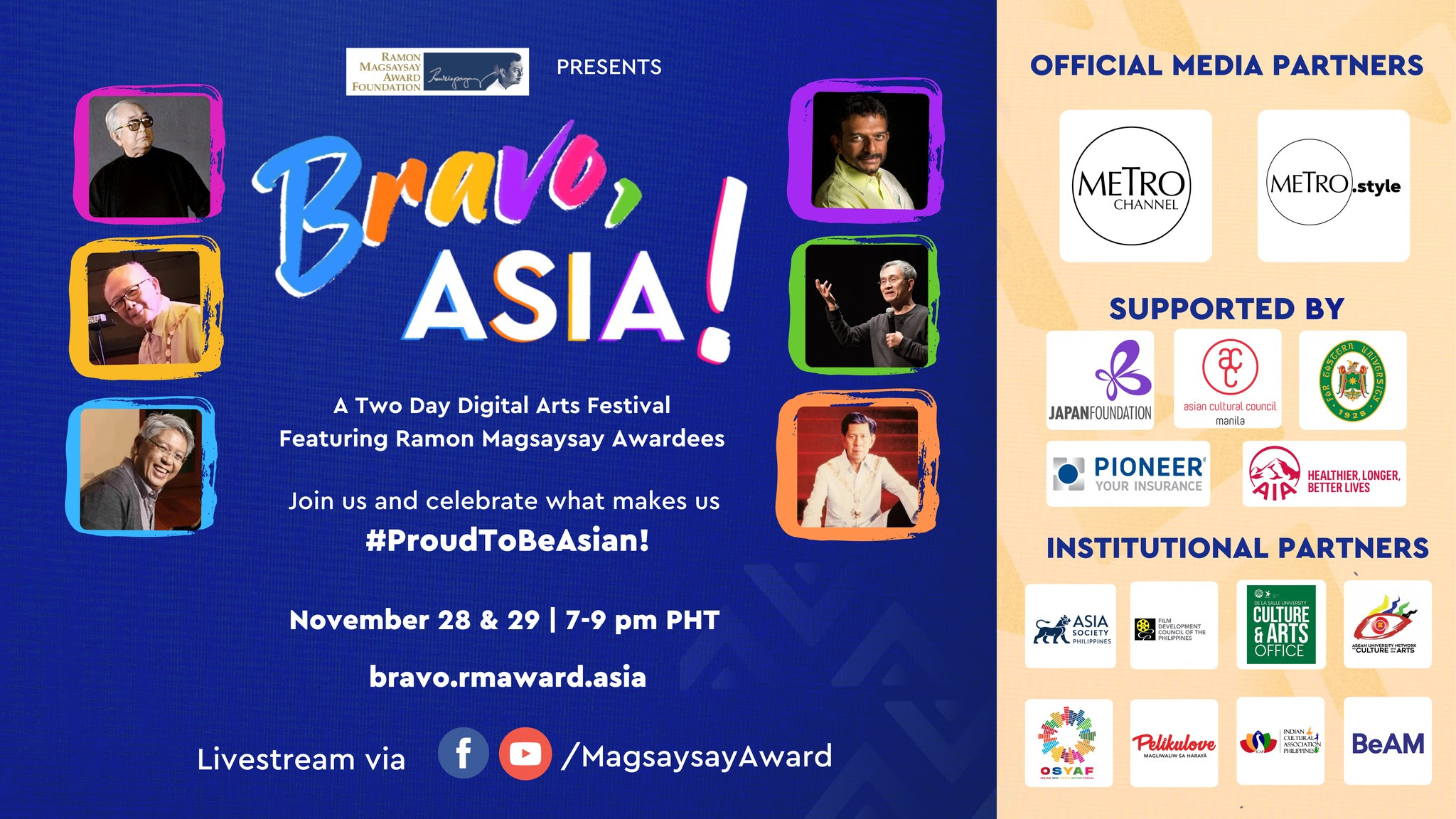 The event is a showcase of the region’s excellence in the arts. It promotes Asian pride, and will give the global audience a taste of the best Asian talents, experienced through the digital space. It salutes Greatness of Spirit through the prized work of the Ramon Magsaysay Awardees.

Featured in the event is 1965 Ramon Magsaysay Awardee Akira KUROSAWA, an internationally-acclaimed master filmmaker from Japan and has directed some of world cinema’s modern masterpieces including RASHOMON 羅生門 (1950).

The Japan Foundation, Manila, and the Ramon Magsaysay Awards Foundation also prepared a panel discussion about the life and works of Akira KUROSAWA with Mr. Toshifumi Makita, an Akira Kurosawa researcher and currently the Deputy Secretary-General of the NPO Visual Industry Promotion Organization (VIPO); and Ms. Laurice Guillen, an established Filipino filmmaker and a protégé of Ramon Magsaysay Awardee Lino Brocka. The panel is moderated by Mr. Jag Garcia, the former Vice Head of the National Committee on Cinema of the National Commission for Culture and the Arts (NCCA).
The panel discussion will be on November 29, 2021 at 7PM, and the RASHOMON will be available for viewing within the Philippine territory on November 28-29, 2021. Visit bravo.rmaward.asia for more updates and to watch the live show. This is a rare celebratory event that will show the world what makes us #ProudToBeAsian. 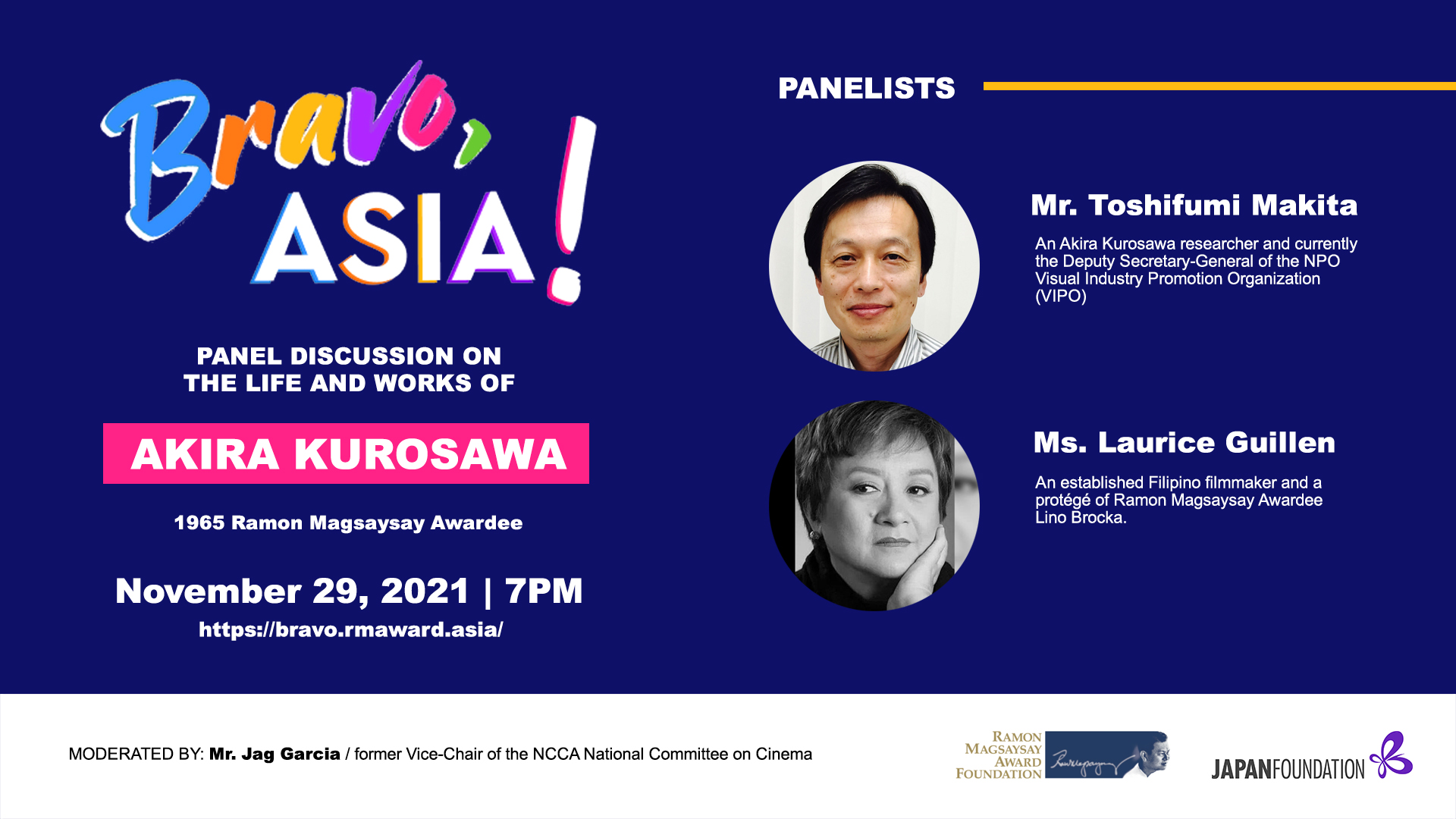