MANILA (August 2021) — Award-winning Japanese film “Passage of Life” (2017) to have a limited free screening and talk back at the Cinemalaya 17: Philippine Independent Film Festival.

The Japan Foundation, Manila continues its long-standing partnership with the Cinemalaya Independent Film Festival as it brings another award-winning Japanese film accessible for free from August 19 until 21, 2021 as part of the festival’s Allied Screenings section.

Presented by the Japanese Film Festival (JFF), “Passage of Life” (2017) is a story about a Burmese boy living in Japan and how he grows as a human being. The story depicts his experience of a world that lacks reason and his resistance to it, as well as his hatred and love for his family. The film is a Japan-Myanmar co-production that has won several awards such as the Best Asian Future Award at the 30th Tokyo International Film Festival, and the Spirit of Asia Award by the Japan Foundation Asia Center to the film’s director Akio Fujimoto.

To watch the screening of “Passage of Life” (2017), visit Cinemalaya’s streaming link at https://vimeo.com/ondemand/cinemalayalibre/. The film can only be accessed from the Philippines and FREE ACCESS will be made available on the screening dates.

LIVE online discussion with the film’s Director and Producer 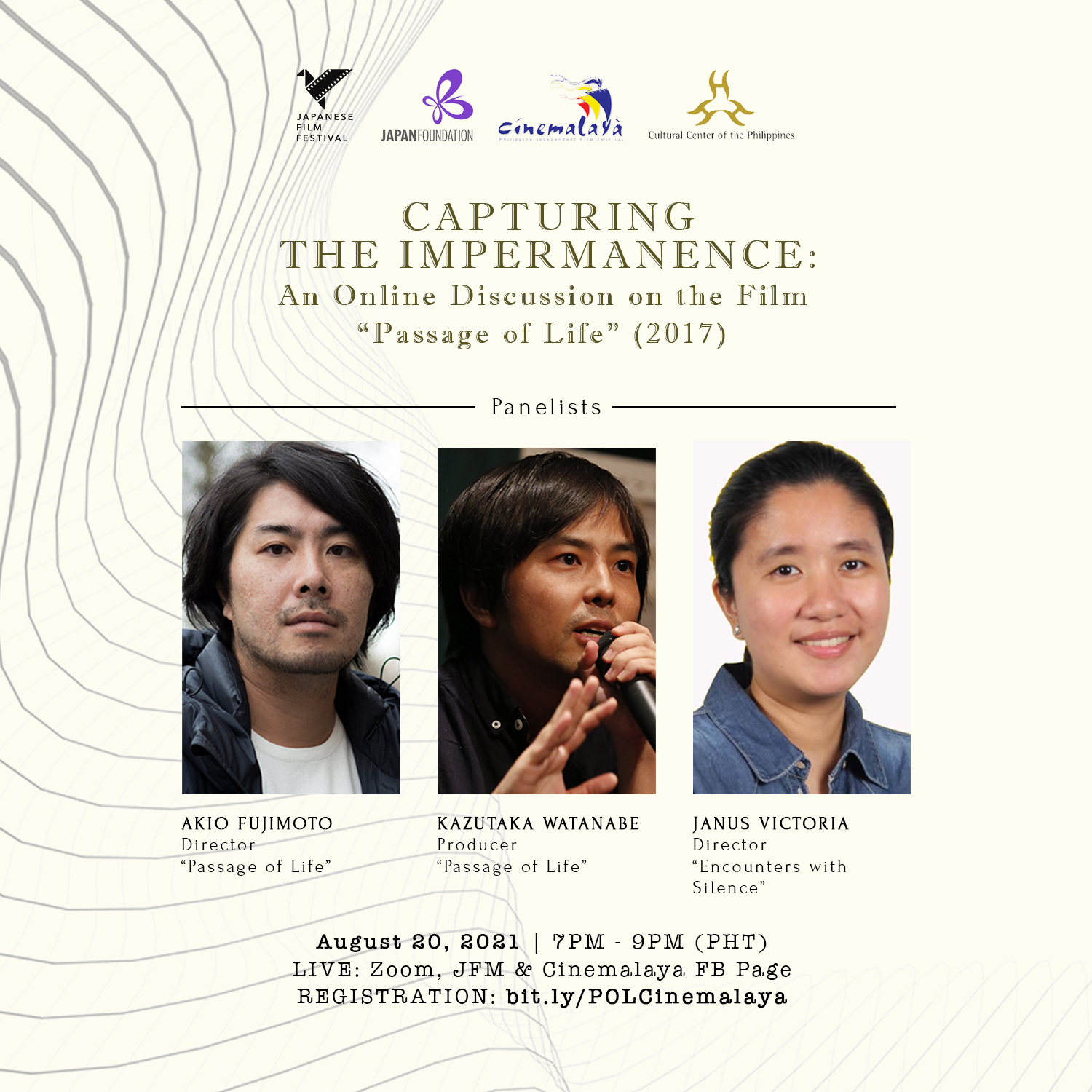 In addition to the film screening, the Japan Foundation, Manila brings you a LIVE online discussion on the film “Passage of Life” (2017) with its director Akio FUJIMOTO and producer Kazutaka WATANABE on August 20, 2021, 7PM – 9PM.

The discussion will be moderated by JFM’s Direcor Ben SUZUKI and will be joined by Filipino film director Janus VICTORIA who will add a broader perspective on co-productions with Japanese film producers and film companies.

The LIVE online discussion is open to the public and will be streamed simultaneously on the Japan Foundation, Manila (facebook.com/jfmanila), and Cinemalaya’s (facebook.com/CinemalayaOfficial) Facebook pages. REGISTER NOW through this link to join the discussion: bit.ly/POLCinemalaya.