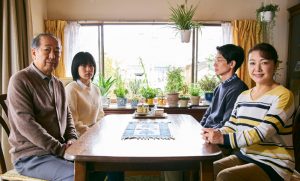 MANILA (July 29, 2019) – In celebration of the 22nd Japanese Film Festival or EIGASAI, The Japan Foundation Manila, together with the Cultural Center of the Philippines (CCP) continues its support towards independent filmmakers by bringing another Japanese independent film to Manila: Lying to Mom, winner of the Japanese Cinema Splash Best Film Award at the 31st Tokyo International Film Festival and the 2019 Uncaged Award for Best Feature Film at the New York Asian Film Festival (NYAFF).

Lying to Mom is a drama mixed with humor depicting a family attempting to recover from sorrow. Katsumi Nojiri, who worked as an assistant director on The Great Passage and The Lies She Loved, among others, makes his directorial debut with his own original script. Director Katsumi Nojiri will be present at the Philippine premiere of Lying to Mom on August 3, 6:15 pm at the CCP Little Theater (Tanghalang Aurelio Tolentino) during the Cinemalaya Philippine Independent Film Festival, an allied festival of EIGASAI since 2016. The screening will be followed by a Director’s Talk and Q&A session.

A second screening of Lying to Mom will be held also at the CCP Dream Theater (Tanghalang Manuel Conde) on August 9, 3:30 pm. Screenings of Lying to Mom are all free of charge. 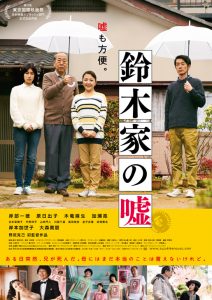 A drama mixed with humor depicting a family attempting to recover from sorrow. Without warning the Suzuki family’s eldest son Koichi (Kase Ryo) one day takes his own life. The mother, Yuko (Hara Hideko), is so shocked she loses her memory. So for her sake, Yuko’s husband Sachio (Kishibe Ittoku) and daughter Fumi (Kiryu Mai) decide to tell a once-in-a-lifetime lie. 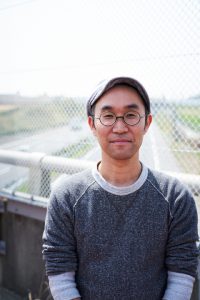 Born in 1974 in Saitama Prefecture, Nojiri, upon graduating from the Department of Imaging Arts in the Faculty of Arts at Tokyo Polytechnic University, entered the film industry, working on location as an assistant director under leading drivers of Japanese cinema as Kazuyoshi Kumakiri and Tatsushi Omori first, then later with Ryosuke Hashiguchi, Satoko Yokohama and Yuya Ishii. “The Suzuki Family Lie” represents not only Nojiri’s feature film debut as a director, but also as a film screenwriter, having written the original work himself.

Director and writer of “Kushibue” (2005, horror drama) and many other films.