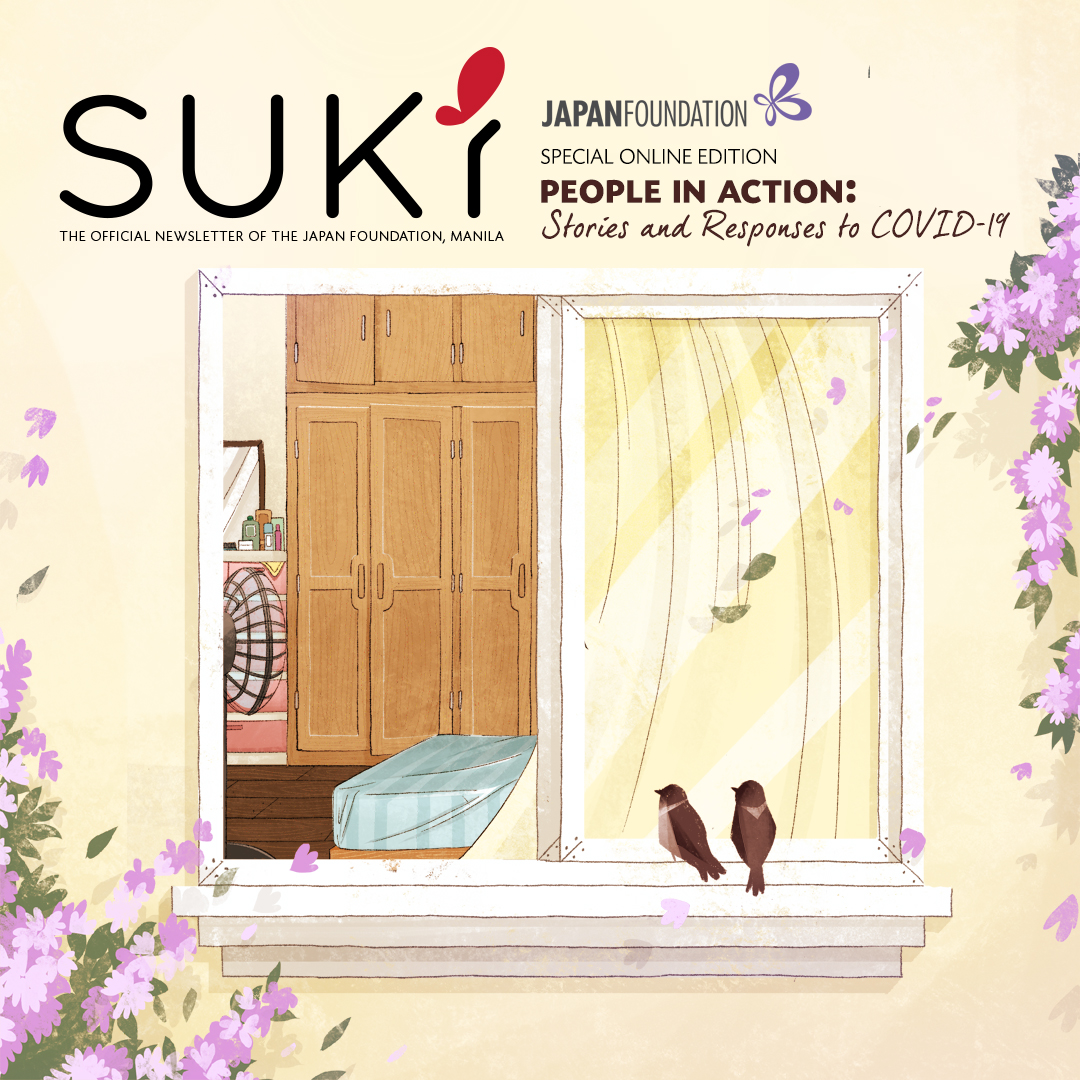 In support to the COVID-19 response in the Philippines, The Japan Foundation, Manila realigned our SUKI magazine to feature COVID-19 experiences and stories from artists and practitioners whom we have worked with throughout the years.

We asked artists, academics, cultural workers, and practitioners from all over the Philippines to share with our readers how their practice has possibly changed or transformed, since the spread of the COVID-19 pandemic and the start of the Enhanced Community Quarantine (ECQ). You can also learn more about the various fundraisers, initiatives, and campaigns that our contributors have launched or participated in, to address the needs of frontliners, artists, and ordinary people in their communities.

The Japan Foundation, Manila (JFM) would like to announce that the 23rd Japanese Film Festival (JFF), scheduled to be held in July and August 2020 in the Philippines, will be postponed to later this year.

This is to follow health measures and encourage social distancing for everyone’s safety due to the current Covid-19 pandemic. In the meantime, the JFF team will continue to think of possible new ways and select interesting new stories in order to share the best of Japanese film to Philippine audiences this year.

For urgent concerns and inquiries, email us at admin@jfmo.org.ph.

We hope that everyone stays safe during this crisis.

The Japan Foundation, Manila brings 7 notable Japanese films in 7 venues over the course of two (2) months, following the successful run of its week-long screenings in 2019.

The Japan Foundation, Manila (JFM) and the Film Development Council of the Philippines (FDCP), in cooperation with Mindanao State University – General Santos City (MSU-GenSan), Silliman University, University of the Philippines (UP) Diliman – Department of Geography and the Otakufest 2020 in SM Seaside City Cebu, is hosting another edition of the JAPAN FILM WEEK from January 27 to March 5, 2020.

A roster of animation, documentary and feature films will be screened for free at various FDCP Cinematheque Centers in Davao (January 27-31), Manila (February 26-29), Iloilo (March 2-5), with special screenings in UP Cebu (February 22-23), MSU-GenSan (February 26), Silliman University (March 2), and UP Diliman Department of Geography (March 3).

A discussion about the experiences and stories of struggling and rebuilding lives after the Great East Japan Earthquake in 2011 will happen after the screening of Life Goes On film on March 2 and 3 with film director Yoon Mia and guest speakers from Tohoku region. This is part of a collaborative project between JFM, Toshiba International Foundation, Silliman University and the UP Diliman Department of Geography.

Admission to the Japan Film Week is open to the public on a first-come, first-served basis. Screenings are subject to change without prior notice.

University of the Philippines Diliman, Department of Geography, Quezon City 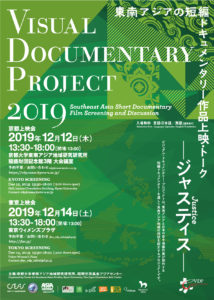 The Visual Documentary Project (VDP) announces its winners for VDP 2019. The project aims to use visual forms of expression to supplement growing academic research that exists in Southeast Asian societies and help promote the richness of Southeast Asian cultures to people in Japan through the medium of documentaries.

Each year VDP holds a call for documentaries from the region on different themes and promotes exchanges between directors, researchers, and citizens. Below is this year’s theme and screening schedules:

VDP 2019
Theme
JUSTICE – Documentaries that deal with any issues or areas relating to justice in Southeast Asia.

The UP Department of Speech Communication and Theater Arts in partnership with the Interactive Learning Center (ILC Diliman) will livestream the conference via the ILC website.

Below are the links to the livestream videos: 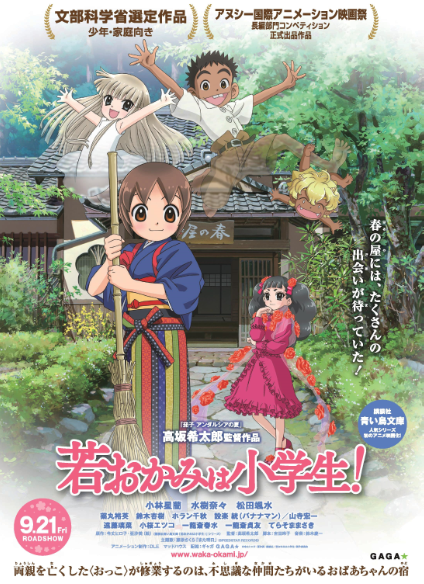 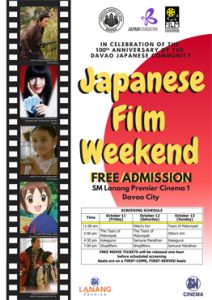 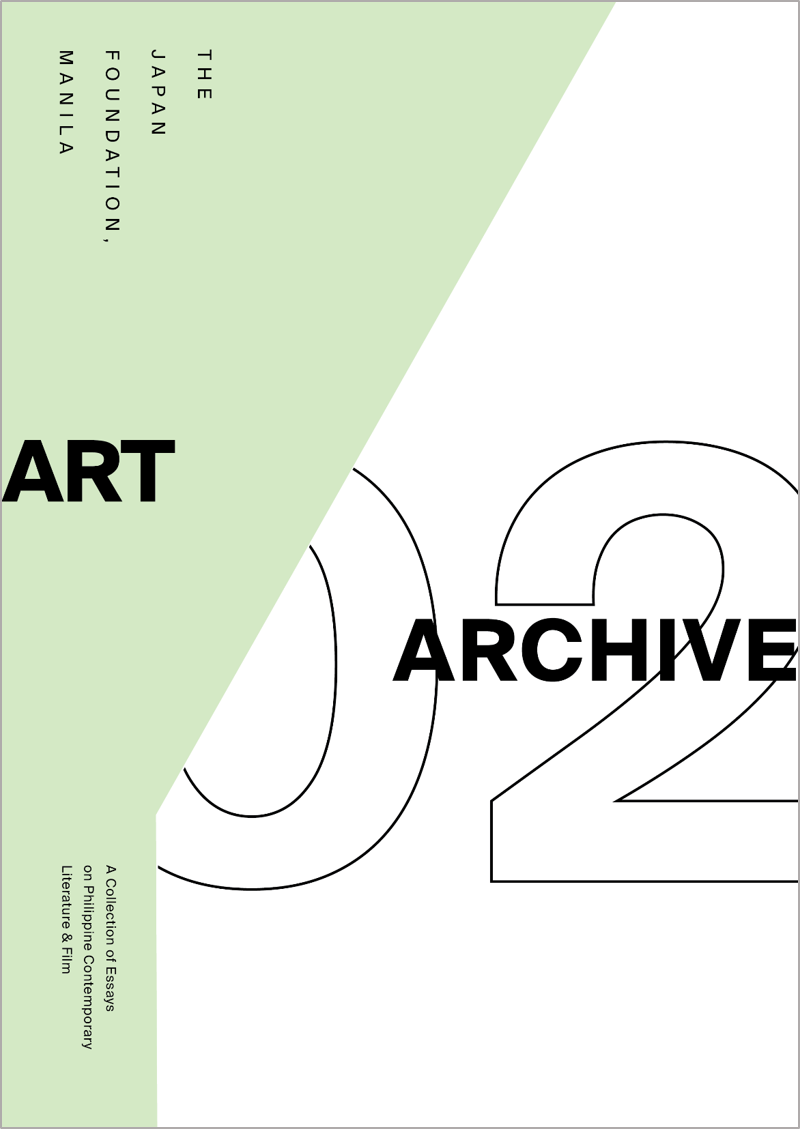 A Collection of Essays on Philippine Contemporary Literature & Film

Published by the Japan Foundation, Manila, ART ARCHIVE 02 is the second book in a series that explores
current trends and concerns in Philippine contemporary art. This volume brings together eleven
writers from the Philippines, putting forth a diverse set of perspectives about contemporary literature
and film in the country.

In line with the Japan Foundation’s aim of carrying out comprehensive international exchange programs
throughout the world, the book is published in a digital format for accessibility. As a primer for
readers interested in Philippine art, ART ARCHIVE 02 is meant to be used as a resource to foster cultural
exchange and knowledge sharing for artists, educators, and art and cultural institutions in the
Philippines and abroad.

Send us your feedback on ART ARCHIVE 02 here: Feedback Form